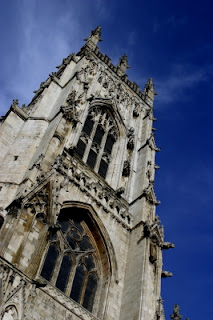 I’ve been hearing the word heresy a lot, as of late. In the wake of the controversy surrounding Rob Bell’s yet-to-be-released Love Wins, heresy talk has been bouncing off the walls. Is it heretical? Some say yes; some no.This led me to consider: What is heresy, anyway? When should something be considered heretical? How does one go about being labeled a heretic? Can one person authoritatively pronounce another to be a heretic? Or is there some other authority to which appeal must be made?
Accusations of heresy have come with the current debate on Universalism, and so I’d like to explore these questions in two related posts. In this initial post I’ll consider the question of what actually constitutes heresy. What are the criteria for spotting it? In the next I’ll ask whether or not Universalism itself is rightly spoken of as heretical.
As best as I can tell, heresy as a term is basically used in two ways. The first is strictly pejorative rhetoric. This is when you call someone a heretic in order to cast aspersion on them. This usage is not necessarily based on some clear standard; just the biases or positions of the one using the term. An example of this usage would be when Calvinists and Arminians call each other heretics. It’s really more of an insult than an accurate descriptor.
The second usage is strictly more technical and historical. In this usage, heresy refers specifically to a teaching that knowingly contradicts an established doctrine of the Church. Such doctrines are typically articulated in the form of the great creeds of the Church (e.g., the Nicene Creed) or in the statements of the seven ecumenical councils, which are typically universally recognized by all branches of Christianity.

Two observations need to be made here. First, because of their historical location and context, a limited number of doctrines have been addressed by the ecumenical councils. For example, the Arminian-Calvinist debate arose after these councils. Thus, if the councils are the standards by which heresy is measured, then that language is inappropriate in the Arminian-Calvinist controversy because those standards dealt with earlier issues that did not include the specific matters raised in Arminian-Calvinist debate. So, according to this definition, heresy is limited to issues that arose and were dealt with in the ecumenical councils. Second, it’s also noteworthy that this definition of heresy involves a knowing contradiction. So, someone who is not educated in historic Christian doctrine should not be labeled a heretic. However, after learning what the Church has taught on a specific issue, if they then persist in teaching what they know to be a contradiction to Christian doctrine, then the language of heresy is appropriate. A heretic is someone who knows better.

This second usage of heresy language is not so much pejorative rhetoric as it is simply the way we describe teachings that contradict established doctrine. If someone rejects the doctrine of Christ’s bodily resurrection and refuses to be corrected, then I would certainly be comfortable calling it heresy, though saddened as well that such a one had rejected the historic Christian faith. I would not mean it as an insult but simply as a way of making the point that this person had self-consciously removed himself from the stream of historic Christianity.
Let me conclude by saying that I try very hard to refrain from using the word heresy in the first sense. If you hear me call someone a heretic, then I’m not just trying to hurl an insulting ad hominem. I try to use the word to describe those who have knowingly rejected the established teaching of the Christian Church.

So, now that we’ve taken a look at terminology, keep an eye out for the next post on whether the language of heresy is appropriate with regard to Universalism.

What do you think? Are there other uses of the word heresy? Do you think this term is used too casually in contemporary theological discourse? If the meaning is unclear, is the term really useful anymore? Have you heard this pejorative-technical distinction before? Ever been called a heretic?
________________
Image Source: Tom Curtis via FreeDigitalPhotos.net

4 thoughts on “So What Counts as Heresy?”