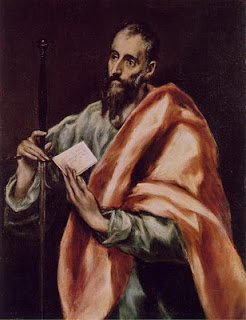 Readers familiar with the field of Pauline studies will know that the Greek phrase pistis Christou has been hotly contested. Throughout church history the phrase has primarily been translated as “faith in Christ”, though with the publication of Richard Hays’ monograph, The Faith of Jesus Christ: The Narrative Substructure of Galatians 3:1-4:11, the alternative translation of “faith (or faithfulness) of Jesus Christ” has gained a very significant scholarly following. The difficulty comes in the fact that both translations are grammatically possible. As a result, arguing for either translation is a matter of making the exegetical case from the contexts of the texts in which the phrase appears.
One of those texts is Romans 3:21-22, which reads:

The debate is over whether Paul is saying that the righteousness of God (itself a contested phrase) is revealed through human faith in Christ or through Christ’s own faithfulness in his life and obedient death. 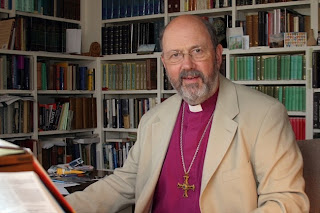 One argument to which regular appeal is made claims that to take the phrase as “faith in Christ” would mean that Paul has come quite close to redundancy: faith in Christ for those who have faith. Would Paul make such an unnecessary and superfluous syntactical move here in one of the most dense and important arguments in the whole letter? N.T. Wright argues just this way in his Romans commentary in the New Interpreter’s Bible:

A further reason why pistis Iēsou Christou here is likely to refer to Jesus’ own faithfulness is that, if taken instead to refer to the faith Christians have “in” Jesus, the next phrase (“for all who believe”) becomes almost entirely redundant, adding only the (admittedly important) “all” (470).

But is this appeal to redundancy really a fair reading of Paul’s Greek? There was a time when I would have said yes, but now I would suggest that it is not. The reason is that I have become persuaded that the two prepositional phrases in v. 22 are functioning in two different ways.
The first phrase reads “through (dia) faith in Jesus Christ.” And the preposition dia (through) suggests that faith is the instrument by which God’s righteousness is revealed. That is to say God’s righteousness is perceived or apprehended through the process of coming to faith in Christ. The second prepositional phrase reads “to (eis) all who have faith.” The different preposition eis suggests that Paul is now making a different point which concerns the objects of the revelation of God’s righteousness, namely all who have faith. This distinct point, that God’s righteousness is revealed to all who have faith, is clarified and substantiated by the following statement “For (gar) there is no distinction” (3:22). No distinction between who? The answer is  no distinction between Jews and Gentiles. All people, both Jews and non-Jews, are objects of the righteousness of God. This is the concern of the second prepositional phrase, a concern substantiated in the following sentence, a concern quite distinct from that of the first prepositional phrase which speaks not to the object of the revelation but to the instrument of it. Paul is making the point that people do not qualify to apprehend God’s righteousness because of their ethnic identity but because of faith, which is a related but different point from that made in the first prepositional phrase regarding the instrument by which God’s righteousness is revealed.
So, to sum up, if Paul is purposefully making two distinct points with his two distinct prepositional phrases, then the redundancy argument falls. Paul’s argument is not redundant; it is nuanced. And this is just what you might expect in Paul’s Greek. He is piling up the prepositional phrases (as he is wont to do) to make multiple points. The compact and dense nature of this passage only supports this argument. Paul is packing a very full and nuanced argument into a very compact space. Thus, I no longer find the redundancy argument persuasive. I’m sure others have made the argument this way before, but its been a while since I looked at much of the secondary literature on this one. Personally, I find the argument for nuance to be good support for taking pistis Iēsou Christou in Romans 3:22 to refer to human faith in Jesus Christ.

Let me hear from you! Do you prefer the translation “faith in Christ” or “faithfulness of Christ”? What is the best argument for each rendering? Do you think Paul is writing with nuance or redundancy? Might he be using repetition to emphasize the point?

2 thoughts on “Through Faith & to Faith: Pistis Christou & Redundancy in Romans 3:22?”