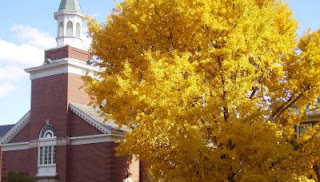 Another way to frame this issue would be to consider whether the money should go directly to the schools or follow the student. It has been pointed out to me that if UMC ministerial candidates got equal funding for the official or approved school of their choice, then that would certainly be more fair and equitable. Also, the schools that are in high demand would thrive while those institutions that are faltering in their task would become irrelevant. You would get to see which schools are really doing a good job and which ones are presently being propped up for other reasons. Shouldn’t there be equal funding opportunities for all UMC ministerial candidates?

So, if the UMC were really interested in rewarding schools that serve the denomination by training more clergy, would we not also reward those approved but not official seminaries that  train the most clergy? If the money followed the students, the whole system would seem much more equitable.

What do you think? Should there be a way of rewarding non-official but approved schools who serve the UMC by training more of its ministers? Is the distinction between official and approved seminaries even helpful? If a school is good enough to be approved, why shouldn’t they get funding? I’d like to hear what you think!

2 thoughts on “Should United Methodist Funds Be Limited to Official Schools?”