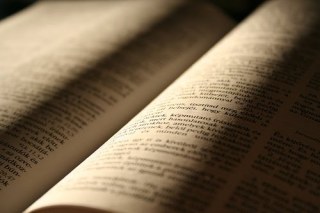 Everyone has particular passages of scripture that shape their reading of other passages of scripture. Whether we recognize it or not, we create a framework for reading the Bible (or any document) where we prioritize certain parts of it. We take one portion as a lens for reading the rest. This may seem suspect at first, but it’s not. It’s simply part of how we read and interpret texts. Any idea in any text only has meaning in relation to other ideas in that text. This hermeneutical reality has a long standing history in the church. For centuries, theologians have suggested that we allow the clear and straightforward parts of the Bible to guide, inform, and shape our reading of the less straightforward, less clear, and downright hard-to-get parts. This is how it works; we might as well be up front about it.
When it comes to the so-called doctrine of eternal security (or the perseverance of the saints), the crucial passage for me is Romans 11:17-24, especially verses 19-21. I formerly held the view that true believers cannot ultimately fall away, but my view was never exegetically grounded. It was motivated more by the psychological comfort of knowing I was indeed eternally secure. But the trouble with textually ungrounded psycho-therapeutic theological constructions is that they sometimes encounter texts that chop the safety net into little bits and pieces, which is what happened when I read Romans 11:19-21:

“You will say, ‘Branches were broken off so that I might be grafted in.’ That is true. They were broken off because of their unbelief, but you stand only through faith. So do not become proud, but stand in awe. For if God did not spare the natural branches, perhaps he will not spare you” (NRSV, emphasis added).

There are two aspects of these verses that forced me to change my view on the perseverance of the saints. First, Paul is explicitly speaking to people who “stand by faith.” That is, we are dealing with believers here. And we know from what we’ve already read in Romans that those who have faith in Jesus are justified and have been reconciled to God (3:21-26). They “have peace with God” (5:1), and for them there is “no condemnation” (8:1). Second, Paul tells these justified, reconciled, peace with God having believers that the possibility exists that God might “not spare you.” Yes, that’s right. Paul compares these baptized and believing Chrstians to unbelieving Israel (the natural branches) and declares that, if they, like Israel, fall into unbelief, they will not be spared. There it was. I couldn’t escape it. My therapeutic theological safety net had been decimated.

This passage seems to me so straightforwardly clear that it cannot be seriously taken any other way. (Yes, I know many take it other ways). To make Paul’s declaration that God might not spare these believers to mean that believers, once they have believed, can never fall into condemnation requires exegetical gymnastics of olypmic proportion. This verse hit me so hard and so fast with its stunning clarity that it became my crucial verse. It changed my mind and now shapes my reading and reflecting on questions of perseverance. Everything else is viewed through this lens.

_____
NB 1: I’ll point out the fact that this passage comes at the climax of the larger Calvinist go-to passage of Romans 9-11. I would argue that this is a really good reason for not supposing that Romans 9 means what Calvinists take it to mean. Whatever Paul thinks about God’s purposes in election, he also envisions the real possibility that one can be a member of the people of God and fall away.

NB 2: I’m not saying that everyone who holds to some form of the perseverance of the saints is doing so for the sake of psychological comfort. That’s just what I was doing.