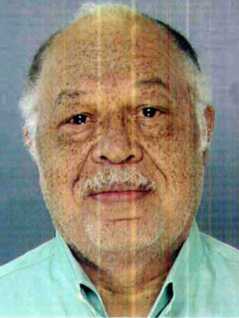 I’ve said before that I oppose the death penalty for the same reason that I oppose abortion. When it comes to questions of life and death, we should err on the side of life. But in the last week these twin convictions have come into tension, perhaps I should even say conflict. One of these two convictions, both of which are based on the principle of the immutable value of human life, has been challenged, and by the other conviction no less.
What has precipitated this conflict of conviction? It is the capital murder trial of abortionist Kermit Gosnell. Abortion is the greatest moral and justice issue of our day. It is a horror, and the crimes of which Gosnell stands accused are particularly horrific. He delivered these little ones, endowed with the image of their creator, and he decapitated them. It is exceedingly unlikely that he will be acquitted of the charges. And since he is charged with capital murder, he may face the death penalty.
In recent years I’ve found myself increasingly hesitant to support capital punishment. I don’t think capital punishment is necessarily unjust. I don’t think that the government has no right to deliver capital punishment. It is simply that, in matters of life, I believe mercy is to be preferred. Such mercy is usually undeserved, but that is, after all, what makes it mercy.

I believe that God has made all people in his image and they are, therefore, persons of sacred worth, and nothing they can do can strip them of the divine image they bear. They may mar and profane that image, but the image remains. God desires that all people come into a saving relationship with him, a relationship of life-giving love. The conditions of entrance into this relationship are repentance and faith in Jesus Christ, who was crucified for our sins and raised bodily from the dead that we might be justified in God’s sight. I also believe in hell. And when a person dies an unnatural and premature death, no matter how evil their acts, my heart cringes as the possibility that they might not enjoy forever the fullness of the presence of God in the new creation. I want people to get every possible chance to be found by Christ, to be joined to him in his death in order that they might also share his life. To borrow from C.S. Lewis, “Die before you die; there is no chance after.”

But as I learned last week in greater detail the heinous crimes of which Gosnell stands accused, I found myself not wanting to maintain my principled stance against capital punishment. My opposition to abortion was embattled with my opposition to the death penalty. I am generally opposed to capital punishment, but in this case, in the case of countless slaughtered babies, I found myself willing to make an exception. So much for principle.
Then an article by Robert George came across my feed. It was titled, “A Plea for Mercy for Kermit Gosnell”. Here is what he said:

Kermit Gosnell, like every human being, no matter how self-degraded, depraved, and sunk in wickedness, is our brother—a precious human being made in the very image and likeness of God. Our objective should not be his destruction, but the conversion of his heart. Is that impossible for a man who has corrupted his character so thoroughly by his unspeakably evil actions? If there is a God in heaven, then the answer to that question is “no.” There is no one who is beyond repentance and reform; there is no one beyond hope. We should give up on no one.

If our plea for mercy moves the heart of a man who cruelly murdered innocent babies, the angels in heaven will rejoice. But whether it produces that effect or not, we will have shown all who have eyes to see and ears to hear that our pro-life witness is truly a witness of love—love even of our enemies, even of those whose appalling crimes against innocent human beings we must oppose with all our hearts, minds, and strength. In a profoundly compelling way, we will have given testimony to our belief in the sanctity of all human life.

Our objective should be “the conversion of his heart.” I almost wished I had not read it, but George nailed me at the very place in which I was beginning to negotiate my principles. I couldn’t argue the point. He was right. It took me a couple of days to admit it, but he was right.
Let me be clear. If Gosnell is guilty of the crimes with which he is charged, he deserves the death penalty. If he did the things of which the grand jury indictment accuses him, if he is guilty of the acts of evil described by the witnesses against him, capital punishment would be justice done. I do not dispute that.
But what sort of message would it send to the world if  we who define ourselves as “pro-life” plead for the life of Kermit Gosnell? What if granting him the very mercy that he withheld from those defenseless children and vulnerable women could be used as a means of grace by the God who raised Jesus from the dead to penetrate the cold, hard, and murderous heart of that abortionist doctor? What if he spent the rest of his days in prison confronted with knowledge that the people of God who hated his crimes were praying for his redemption? What if?
For these reasons, and despite my sinful desire for retribution, I’m adding my voice to the pleas for mercy for Kermit Gosnell. May he live out his days in prison, but may he live. And may the grace of God overcome the hardness of his heart that he may know and enjoy the God who has life in himself. May God grant him to become that which he is not, a man of mercy; and may God fill his heart with perfect love. And may the world know that the God who raised Jesus from the dead is God alone.

2 thoughts on “When Convictions Collide: #Gosnell, Abortion, and Capital Punishment”